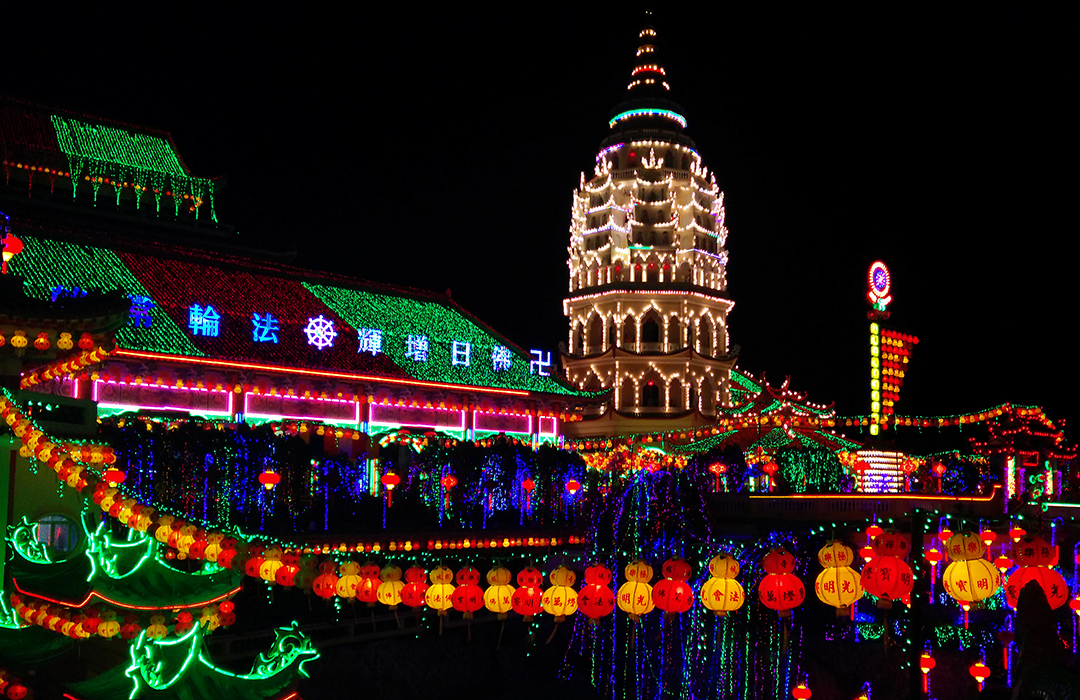 The Wild Side of Malaysia: Things You Didn’t Know You Want to See and Do

Top 10 lists are a great place to start when you’re planning a trip to a new country. And while many people definitely want to see the major attractions, there are always some off-the-beaten-path adventures that you aren’t likely to find on that list. Sometimes following that alley lined with street vendors or stopping in that ramshackle temple to take a peek end up being the most memorable parts of your trip. In a country like Malaysia, which is lesser known than some of the other destinations in Southeast Asia, there are plenty of unexpected adventures to be had. Here are a few of the best.

Have dinner while suspended 14 stories above the capital city

Start on the mainland in the heart of the capital, Kuala Lumpur, with what can only be described as death-defying dining. Redefine what having a ‘night out’ means with a three-course gourmet meal strapped into a carnivalesque platform suspended 14 stories above the city from a swaying crane. Not for the faint of heart—or stomach—it’s an aerial meal that you won’t forget anytime soon.

Moving up the coast to George Town on Penang Island, the Kek Lok Si Buddhist Temple is certainly not a secret. That being said, this religious icon steps it up a notch during the Chinese New Year. Covered in hanging lanterns and lit with thousands and thousands of lights, the temple turns into a magical fairyland of glittering red and yellow. An impressive complex with a commanding view of the island, the highlight is a seven-story pagoda that you can explore for a small fee.

Perhaps there is a reason praying with pit vipers isn’t found on many itineraries, but the Snake Temple just outside of George Town is one of the coolest experiences you’ll ever have (if you’re brave enough!). Located in a somewhat offputting industrial area, incense-laced smoke drifts from an unassuming Buddhist temple, drawing visitors in. Thought to be the only one of its kind in the world, it offers exactly what is promised—a temple crawling with highly dangerous pit vipers. Legend has it that the snakes came down from the hills of their own free will to the temple in honor the Buddhist monk Chor Soo Kong, who was said to have healing powers. It’s thought that the copious amounts of the sacred smoke are what keep the snakes from being aggressive; however, the monks in charge take no chances, so the reptiles are now devenomed as a precaution.

Explore the jungles of Borneo

Sweat trickles down your spine, something impossibly fast catches the corner of an eye as it darts past, one step onto the greenery draped path and it’s like stepping onto the set of every Tarzan movie ever made only louder, darker and impossibly hot, more so than any movie could portray. Welcome to the jungles of Borneo, Malaysia. Just a short flight from the mainland, Borneo is an island that is politically split between Malaysia, Indonesia and the tiny nation of Brunei. Mainly known for its orangutan population, natural parks and the mind blowing diving on Sipadan Island, the Malaysian part of Borneo offers up even more for the adventure traveler from bats to headhunters to the tallest mountain in Southeast Asia.

Watching millions of bats stream into the dusky sky might not be everyone’s idea of a good time, but it is, undeniably, an experience that few have had in person. The great bat exodus of Gunung Mulu National Park is a lesser-known highlight of the park, often overshadowed by the massive caves and the jagged, limestone pinnacle formations that get most of the attention. Scientists have identified 12 different bat species in the gigantic caves, and most evenings you can watch the spirals of bats making their way out into to the night to feed. As a bonus, the surrounding jungle has a very low mosquito population as the millions of bats feed on them nightly. Another activity for the truly adventurous is a chance to put on ‘jungle eyes’ and take a guided night trek into the wilds to look for snakes, spiders, and other critters that only come out at night.

If the memory of childhood tales of the ‘wild men of Borneo’ fire the imagination with visions of mostly naked men and their poison darts, it is possible to trek along in the footsteps of these deadly foes on the infamous “Headhunters Trail.” The path follows along the route of the headhunting Kayan war parties, who used it to raid neighboring regions. The trek through the jungle is done over two days and includes an overnight stay in a traditional native longhouse. The trail is also the only other way to get into Mulu besides flying.

In the immortal words of Led Zeppelin, “your stairway lies on the whispering wind.” Nowhere is this more true than when climbing Mount Kinabalu. At 13,435 feet above sea level, this mountain is the tallest in Southeast Asia. Stairs have been carved or built into most of the path up, and park regulations require you to hire a guide for the two-day trek. The 14-mile round trip includes a rustic sleepover, then rising before dawn to watch the sunrise from the summit before heading back to the bottom. The trip requires a decent amount of fitness and a tolerance for high altitude.

In addition to some of the more famous inhabitants of Borneo, such as the orangutans and the aforementioned vipers, there are several very special flowers to check out as well. The rich volcanic soil of the Sabah region is a breeding ground for plants that look more like something out of a Dr. Seuss book than real life. It’s home to the world’s largest undivided leaf, commonly known as ‘Elephant Ear’. The largest recorded one was almost 10 feet long and six feet wide!

The island is also home to the spectacularly strange Rafflesia flower. Growing up to three feet in diameter, this unique beauty has no leaves, roots, or stem and is the largest flower in the world. They bloom only a few times a year and can be difficult to locate, though flower seekers might be able to follow their noses as they are also known as the “Stinking Corpse Lily.’ Developed as one of its defense mechanisms, the flower smells like rotting meat to keep predators away. Entrepreneurial Malays will sometimes put up signs on the road when their flower is in bloom and charge travelers a small fee to see it.

Taste the King of Fruits

No visit would be complete without sampling a taste of the “King of Fruits”—the durian, which is much loved by Malaysians. This famous fruit certainly tastes better than it smells, which is notoriously somewhere between dirty feet and a high school locker room. It smells so bad that the fruit is banned from being brought into just about every hotel in the country. Maligned or beloved, the durian is worth a whiff and a taste to round out an authentic experience of Malaysia.

Ultimately, while having advanced planning dialed and an itinerary ready to go, try to leave some room for serendipity. Malaysians are some of the friendliest people on the planet who love their country and are thrilled to share it with visitors. It would be a shame to pass up on a great tip from an eager local about what to see, do or eat.

Originally written for and published on Craghoppers blog.